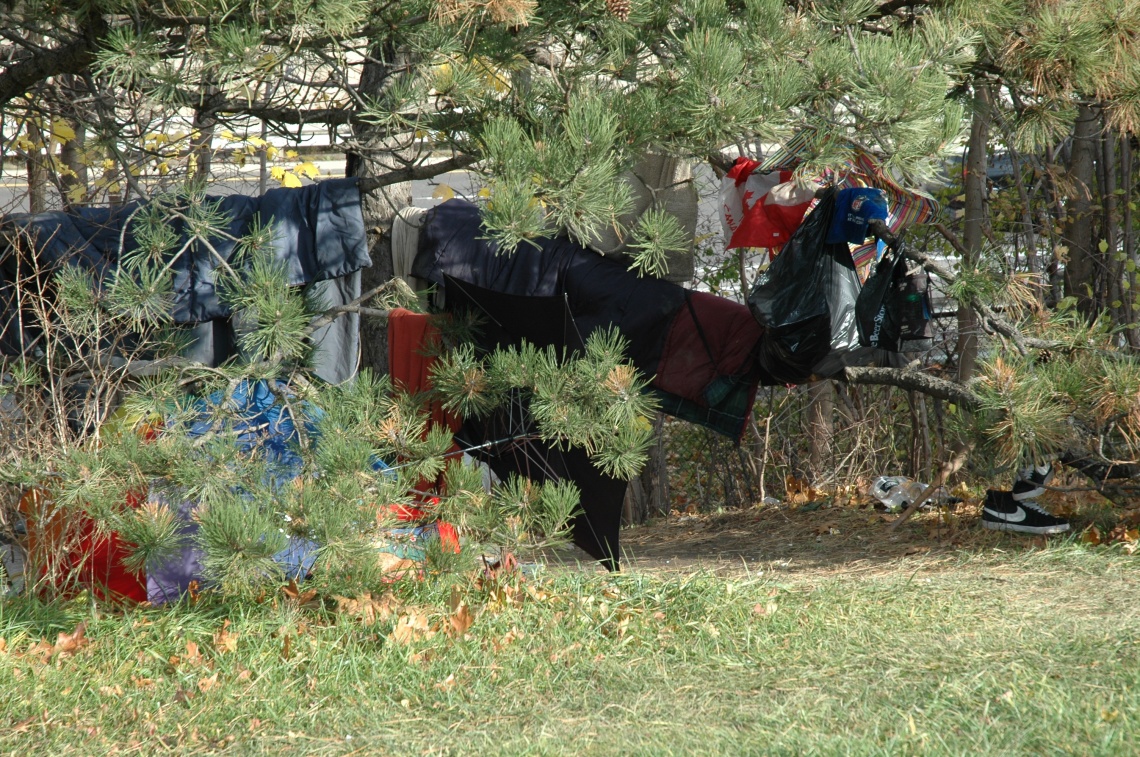 I took this photo late November 2012. Looking at it today, I am still stricken by the incongruity of the Nike symbol on the shoes, the Canadian flag hanging so prominent, and the Allen Expressway in the back ground; bold statements in a harsh environment.

Of course, the homeless man who has made this spot his home did not purchase the branded foot-ware, second hand and well worn; a gift of charity no doubt! Despite sheltering in the Hills, a mere minute walk to Yorkdale Shopping Mall, other than the occasional tea and donut from Tim Horton’s he has no money or reason to spree in upscale stores.

Jeff is resting his bare feet behind this makeshift shelter when I snap the shot. Unbeknownst to both of us at the time, in the frigid winter of 2014 he will lose two toes to frostbite and never wear his shoes the same.

This site uses Akismet to reduce spam. Learn how your comment data is processed.